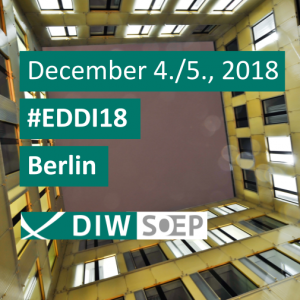 The conference theme is “Benefits of Describing National Statistics with Common Standards,” which emphasizes the benefits of using metadata to drive efficiencies in a research data lifecycle, as well as promotes subsequent re-use of end data products, especially those generated by federal and national statistical agencies.

Aimed at individuals working in and around data and metadata, NADDI 2018 seeks submissions of presentations and posters that highlight the use of DDI and other metadata standards within research projects, official statistics, survey operations, academic libraries, and data archives.

Submissions may be made through the conference web site.  The proposal deadline is December 1, 2017.